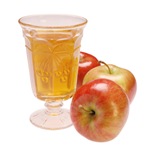 “By restricting what you eat for a period of time you can rid your body of any built-up toxins, and probably shed a few pounds while you are at it.” With ads for various versions of the so-called detox diets appearing in magazines, health food stores, and on the Internet, detox diets are hard to ignore. It’s no wonder, then, that as other diets have come and gone, the popularity of detox diets has remained. But do these diets really work?

The concept of detoxifying one’s body through diet has been around for centuries. Today, there is a plethora of detox diets—from one-day fasts to five-day juice diets to three-week detox programs. Although the diets may differ, what they all have in common is a focus on severe food restriction for a limited time period.

The main premise of detox diets is that detoxification through diet is the only way to rid our bodies of the chemicals and toxins that seep into our bodies through air, food, and water on a daily basis. Proponents believe that if not removed, these toxins build up, eventually leading to damage and diseases, such as cancer.

Although there are thousands of variations on the detox diet, the most common type allows fruits, vegetables, legumes, nuts, and seeds, but not other commonly eaten foods such as meat, fish, eggs, dairy, wheat, sugar, caffeine, and alcohol. A variation on this is the juice diet, which allows only juiced vegetables and some fruits. Finally, there is fasting, which basically means consuming only water, although in some cases herbal teas and fruit juices are okay. It should be noted that fasting is also commonly done for religious or spiritual reasons, not just for health.

Advocates of detox diets claim that following the diet will result in benefits such as:

While these may be real benefits of a detox diet, it is interesting to note that the most likely explanations are not so mysterious. Weight loss and decreased bloating can both be attributed to calorie deprivation. Less salt intake will also decrease bloating.

To date, there has been little research on the various detoxification diets, and as a result, there is no scientific support for or against any of their health claims. Instead, both pro and con arguments rely on what is known about the functioning of the human body, as well as toxicology (the study of toxins).

What we do know is that certain components of many of the detox diets are actually quite healthful, including:

Our bodies are remarkable systems that filter out toxins on an ongoing basis. The organs responsible for detoxification are the liver, lungs, kidneys, and skin. When nutrients and other substances enter the body the first place they go is the liver, which filters out and eliminates harmful toxins such as drugs and alcohol. Additionally, the kidneys filter out wastes by creating urine for excretion. The skin allows us to sweat out toxins, and the lungs allow us to filter the air that we breathe.

Since our bodies are primarily water—around 60%—it makes sense that staying hydrated through drinking adequate amounts of water also helps us stay healthy. However, to date there is no scientific evidence to support the idea that extra water flushes out toxins.

If you still, despite their questionable benefits, decide to go on a detox diet, be sure to consult with your doctor first. Certain groups of people should never follow this type of diet, including children of all ages, pregnant women, and individuals with diabetes. Finally, because most detox diets severely limit calorie intake, vigorous exercise should be avoided while on these diets.

Without research available to support the claims made about detoxification diets, consumers should be skeptical.

Rather than going on a short-term detox diet, make healthful long-term changes to your diet such as eating a more plant-based diet, drinking more water, and cutting back on your caffeine and alcohol intake.

Academy of Nutrition and Dietetics

Choose My Plate—US Department of Agriculture

The water in you. US Geological Survey website. Available at: http://water.usgs.gov/edu/propertyyou.html. Updated March 17, 2014. Accessed October 9, 2014.

Please be aware that this information is provided to supplement the care provided by your physician. It is neither intended nor implied to be a substitute for professional medical advice. CALL YOUR HEALTHCARE PROVIDER IMMEDIATELY IF YOU THINK YOU MAY HAVE A MEDICAL EMERGENCY. Always seek the advice of your physician or other qualified health provider prior to starting any new treatment or with any questions you may have regarding a medical condition.